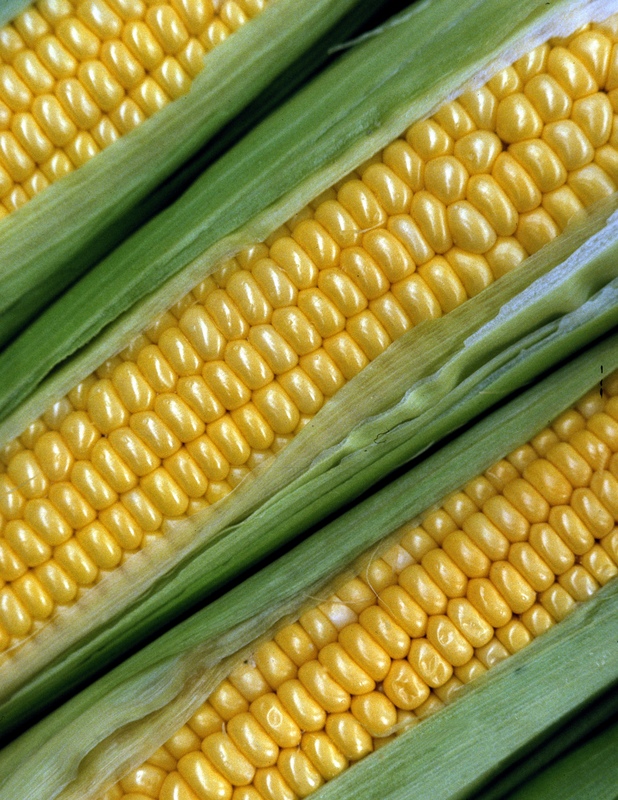 Did you know that 80% of processed foods in your standard grocery store contain genetically modified ingredients?  Most people are eating GM foods on a regular basis and are completely unaware of the fact.  In the United States, 94% of soy, 88% of corn, 90% of canola, 95% of sugar beets, 25,000 acres of zucchini and yellow crook neck squash and almost all Hawaiian papaya are now genetically modified.

Genetically modified organisms, or GMOs, are completely novel organisms created by scientists through genetic engineering. Genes from one organism, such as bacterium, virus or animal are“recombined” into the DNA of a plant in the hopes that this plant will express some of the “desirable” traits they are looking for.  For example, genes from a bacterium known as bacillus thuringiensis or Bt have been recombined into the DNA of corn.  As Bt expresses a protein that kills insects, this trait is transferred to the GM corn causing it to produce its own pesticide.  Another common GM food is RoundUp Ready soybeans.  These plants are genetically engineered to withstand the application of RoundUp, a potent and toxic herbicide.  This allows the RoundUp to kill the weeds and not the RoundUp Ready soybean plants.

There are many reasons we should be concerned about GMOs in our food.  First and foremost, there have been no long term studies on humans demonstrating their safety, and the animal studies that have been done have shown disturbing results.  In a Russian study, hamsters fed GM RoundUp Ready soybeans showed increased mortality, slower growth rates and decreased fertility.  By the third generation they had lost their ability to reproduce!  Another study in which mice were fed RoundUp Ready soybeans showed significant changes in liver cells.  In a French study published in the Archives of Environmental Contamination and Toxicology, GM corn was shown to cause liver and kidney damage in rats.  In the late 1990s an experiment showed that feeding rats GM potatoes damaged the animals gut, other organs and the immune system.  These are only some of the studies that have shown the severe health consequences of GM foods.

Many scientists believe that the drastic rise in food allergies may also be linked
to GMOs in our food supply.

The environmental impact of GM crops is astonishing.  According to a report by the Organic Center, genetically modified crops increased the use of herbicides by 383 million
pounds in the US from 1996 to 2008.  The widespread use of glyphosate herbicide used with herbicide tolerant GM corn, soybeans, canola and cotton has also led to the creation of herbicide resistant “superweeds”.  This requires MORE herbicides to be used to “do the job”.  I suppose this doesn’t sound bad if you are the company manufacturing
the herbicides.

Monsanto holds the patents on various GM products, including GM corn and RoundUp Readysoybeans.  They are also the producer ofthe herbicide RoundUp.  The line of RoundUp Ready products accounts for roughly half of their annual revenue.    It is no surprise that their lobbying power is the driving force working against the GMO labeling laws that over 80% of the American population desires.  The United States is one of the few democratic Western industrialized countries that allows GM crops to be grown, and despite public outcry GM foods are still not required to be labeled as such in the US.

Another pressing issue is the cross contamination of GM crops into traditional
crops.  In Mexico, native strains of corn were found to be contaminated with GM corn being grown thousands of miles away.  This is an enormous and immediate threat to biodiversity as well as to the purity of organic food standards.  It also poses another serious threat to farmers.  GM crops are patented and Monsanto has sued farmers where unintentional (and undesired) cross-contamination was found.  The Future of Food is a very informative film that talks about these and other pressing GMO issues. The Local Grocer has a free movie lending program for this and other educational films.

So…what can YOU do?  As usual, it boils down to these simple actions.  Educate yourself and vote with your wallet.

Avoid these foods unless they are organic (GM ingredients are not allowed in certified organic foods) or specifically say non-GMO, otherwise you are most likely
eating GM food: soy, corn, canola, sugar beets and hawaiian papaya.  Also be aware that 15% of cows in the US are given GM bovine growth homone called rBGH (rBST).  rBGH is banned in many countries due to the negative health impacts on cows.  rBGH is not allowed to be used in organic milk production.

Soy and corn can be tricky to avoid as they are found in various forms and in so many processed foods (remember the 80% statistic).  This is a partial list of potential hidden GMOs: ascorbic acid, natural and artificial flavorings, high fructose corn syrup, lecithin, hydrolyzed vegetable protein, texturized vegetable protein, xanthan gum, yeast products, aspartame and amino acids. For a complete list visit www.nongmoproject.com.

Start asking questions when you’re at the grocery store.  Ask the produce department if the zucchini and yellow crook neck squash are non-GMO.    Better yet, buy organic.  Better still, grow your own garden or buy locally.  There’s nothing better than fresh, organic, locally grown produce.  Keep food dollars in your community and support local farmers that are doing the right thing for the health of their community and the planet.

When you’re dining at your favorite restaurant ask what kind of oil they use.  If it’s canola oil, ask if it is non-GMO.  It probably isn’t and they may not know the answer to your question.  But if you ask, they should find out.   If enough consumers start demanding non-GM foods, the retailers will then put pressure on their vendors to provide non-GM options.  If the demand for non-GM food rises high enough, there will be no incentive to grow GM crops. When McDonald’s and Burger King refused to buy GM potatoes in the late 1990s (due to customer opposition), they stopped being produced. If there is no demand, there is no need for a supply.  But it starts with the consumer.  It is up to you to ask these questions and YOU will be the catalyst for change.

For further education visit www.nongmoproject.com.   It is a great resource for a list of non-GMO certified brands, non-GMO education and actions you can take personally to help in the non-GMO cause.  www.non-gmoreport.com is another highly informative resource.

Labeling is the first step. We deserve to know what’s in our food, and its time the
politicians listened to the citizens on this matter, instead of the lobbyists.  The Local Grocer has a GMO labeling law petition that you can sign to let your voice be heard.

Heather Chase is the owner of The Local Grocer, our local health food store, cafe, deli and bakery.   She is a clinical herbalist and nutritional consultant.  The Local Grocer is proud to be a supporting retailer of the non-GMO Project.  www.nhlocalgrocer.com